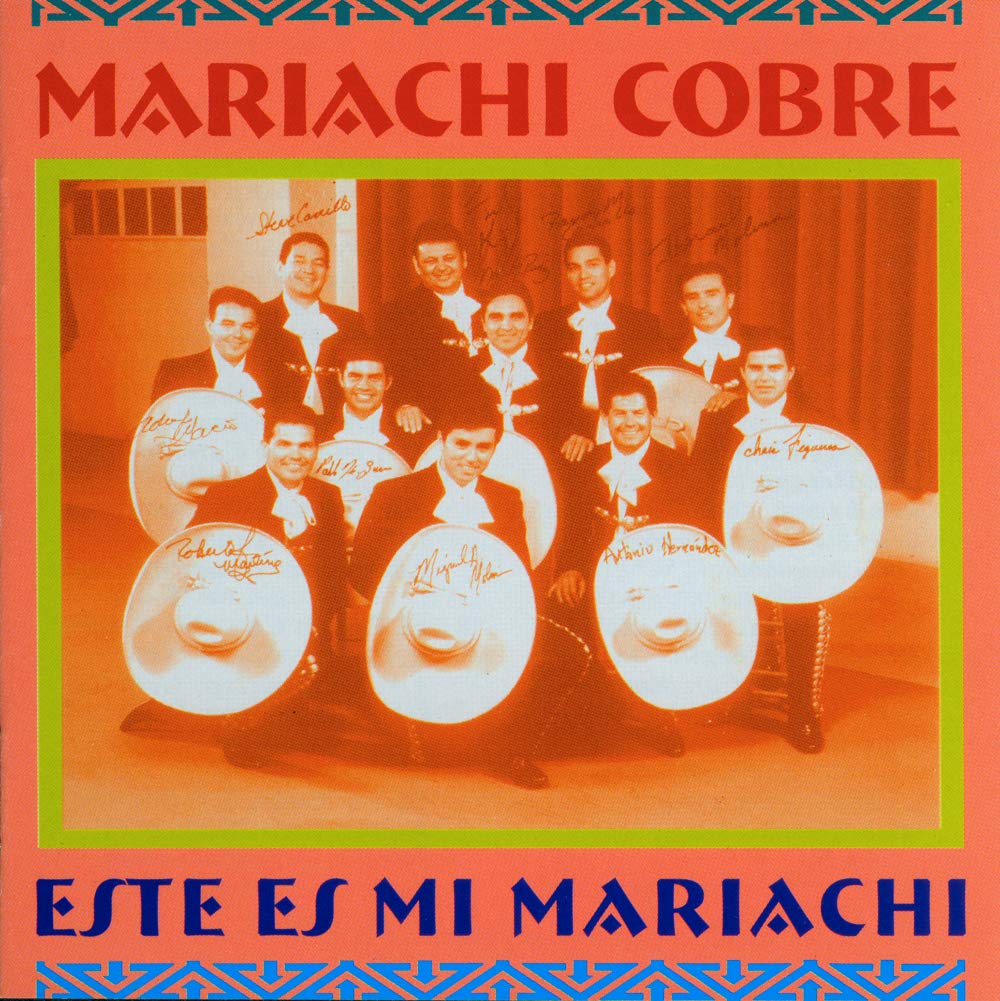 Mariachi Cobre may force you to rethink your idea of mariachi music. Forget the strolling guitar bands in Mexican restaurantsEste Es Mi Mariachi Cobre will introduce you to one of the most highly developed folk traditions in the Western Hemisphere. Like the legendary dance bands of Cuba, Mexico's mariachi tradition has roots in the chamber orchestras of Baroque Europe, the indigenous music of the Native Americans, the rhythmic drive of West African music, and the passion of Spanish folk and flamenco music. On this second release by Mariachi Cobre, the group is joined by Linda Ronstadt, who celebrates her own Hispanic heritage in a pair of duets with bandleader, Steve Carrillo, and by producer/arranger Brian Keane, the noted composer and multiinstrumentalist. Much of the album is devoted to traditional mariachi music, but both Carrillo and Keane contribute several deft and contemporary arrangements of older songs; and a wellknown piece from the classical guitar tradition, Manuel Ponce's Estrellita, gets a traditional mariachi treatment. The sound of Mariachi Cobre is as tightlyknit as the finest orchestras. With a complement of six to eight violins, two trumpets, and three different members of the guitar family, Mariachi Cobre is close to orchestral size itself! But as strong as the group is instrumentally, it is the voices that take center stage. Those voices sing with fire and tenderness, and even listeners who do not understand a word of Spanish will have little trouble grasping the message of mariachi songs; joyous songs about being in love, tender lullabies to a loved one, remorse at having lost love. And the group varies the textures within each song: solos, duos, and trios will appear. Este Es Mi Mariachi Cobre is a lively, accessible introduction to a type of music that Americansto their surprisedo not really know. Mariachi Cobre explodes the stereotypes of this music; after all, as the group's album title says, "this is my mariachi."

Mariachi Cobre has been performing since the late 1960s. The band has been the featured attraction at the Mexican pavilion at Walt Disney World's EPCOT Center since its opening in 1981; and in 1992 recorded the first audiophile disc of mariachi music, Mariachi Cobre (11095-2). The musicians' individual virtuosity allows for a variety of textures, as solos, duos and trios show off each player's talents during the course of the recording. Including special guest artist Linda Ronstad courtesy of Elektra Entertainment.