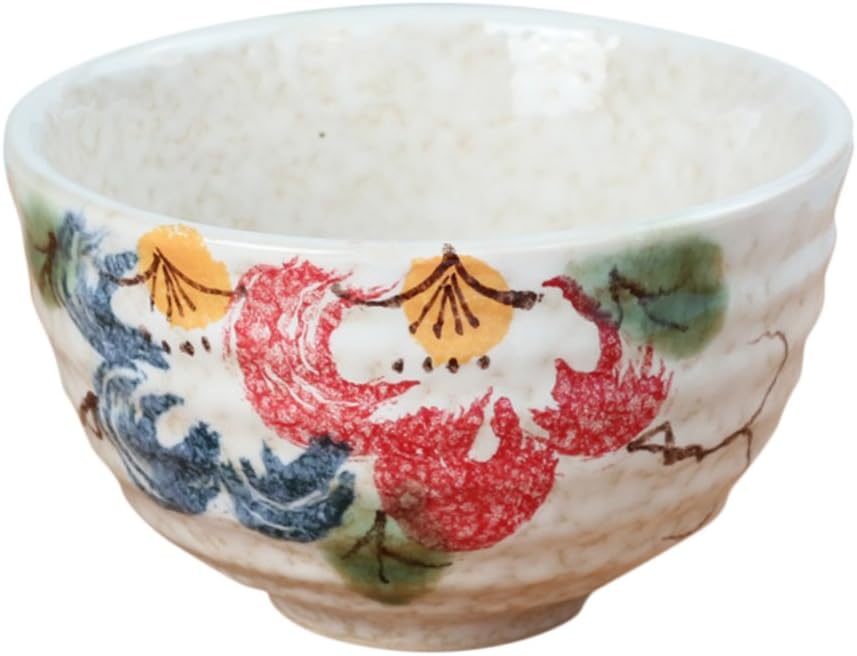 - This tea bowl is made by ceramic, durable and environmentally friendly
- The matcha bowl can be appreciated as a tea cup to drink matcha green tea every day, or perform in Japanese tea ceremony
- Great for drinking coffee or tea, eating meal, serving soup or dessert in, suitable for home, hotel, restaurant, cafe and so on
- Distinctive traditional Chinese style pattern, unique and exquisite, creationg a nostalgic feeling, adding a artistic lasting appeal to your home
- A perfect special gift for friends,families or colleagues

Please allow 1-3mm error due to manual measurement, make sure you do not mind before you bid
The colors may be different for the different display, please understand